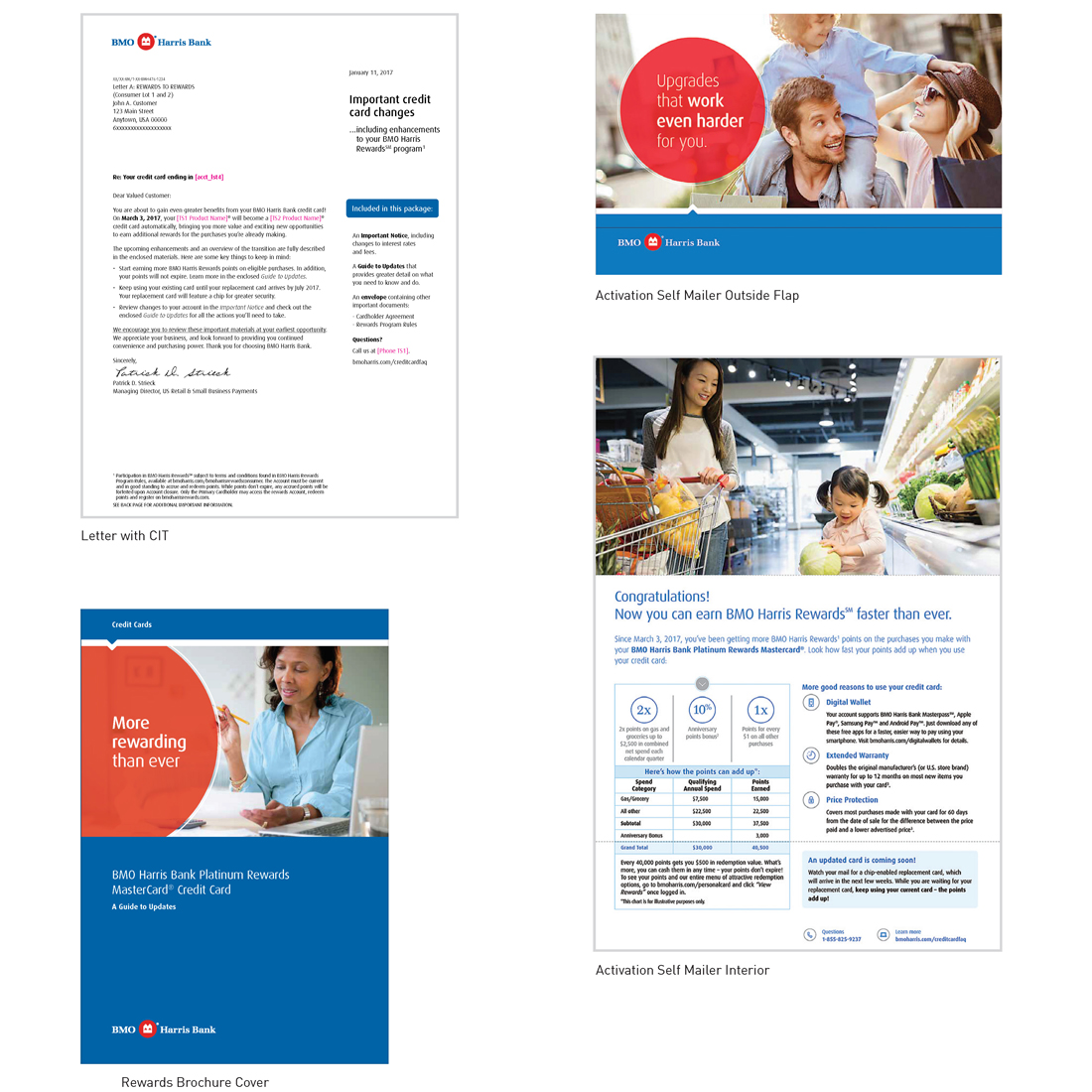 A systems upgrade triggered changes in terms plus enhancements to rewards programs, to be followed by new cards; awareness, usage and card activation were key objectives.

A series of three key communications over 10 months: the Change in Terms mailing announced the conversion and gave a heads up that a new card was coming; the self-mailer promoted the benefits of the upgrades to encourage usage; the activation letter was mailed (and remailed) in waves following card reissue.

Different formats and approaches for each communication accommodated customization and up to dozens of variables where needed, presenting a consistent message to customers who received up to four touches.